Vitoria is a significant conference destination. The capital of the Basque Country has an attractive tourist offering with its old quarter, its walks in the Green Ring, its gastronomic routes, while offering high-level conference facilities: the Palacio de Congresos y Exposiciones Europa, now renovated and enlarged. Spacious, adaptable, and filled with natural light, the Palacio de Congresos y Exposiciones Europa has become a high-level venue due to its size and energy efficiency.

The enlargement and renovation of the building were completed in late 2015, transforming it into a high-level conference centre, with more than 20 meeting rooms seating between 25 and 1,000, 3,000 square metres of exhibition areas, and the capacity to house more than 5,000. In this renovation, an environmental-architectural action was carried out in the Palacio de Congresos Europa which is visible in the photovoltaic panels on the roof, the use of biomass fuel, computerised systems to control CO2 levels, temperature, and humidity, area segmenting, and other measures to achieve greater energy efficiency. Each conference can find the carbon footprint generated by the event and include offsetting measures as part of its programme.

Its green façade, light-filled rooms, and the surrounding area on the banks of the Batán river make the building very comfortable and compliant with the sustainable principles followed by Vitoria-Gasteiz, which was named the European Green Capital in 2012.

Precisely because it had become a model for sustainable architecture, the Palacio de Congresos Europa was selected to host the Sustainable Tourism World Summit in November 2016, and in 2016 it received the Gold LEED certificate, recognising the sustainability of buildings. This is the first Conference Hall in Spain that has received this award at the Gold level.

In addition to the Palacio de Congresos Europa, the city has the Palacio de Villa Suso, a Renaissance building that has been turned into a conference venue. It also has other singular venues to hold events.

All the information on the equipment, services, and infrastructures to hold events can be found in the Vitoria-Gasteiz Conference Manual 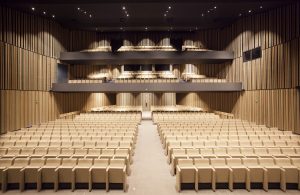 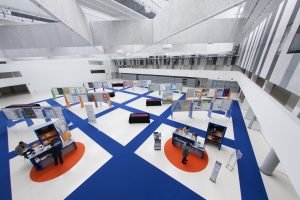 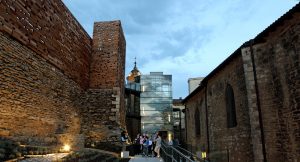 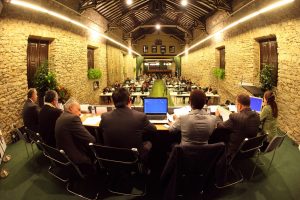